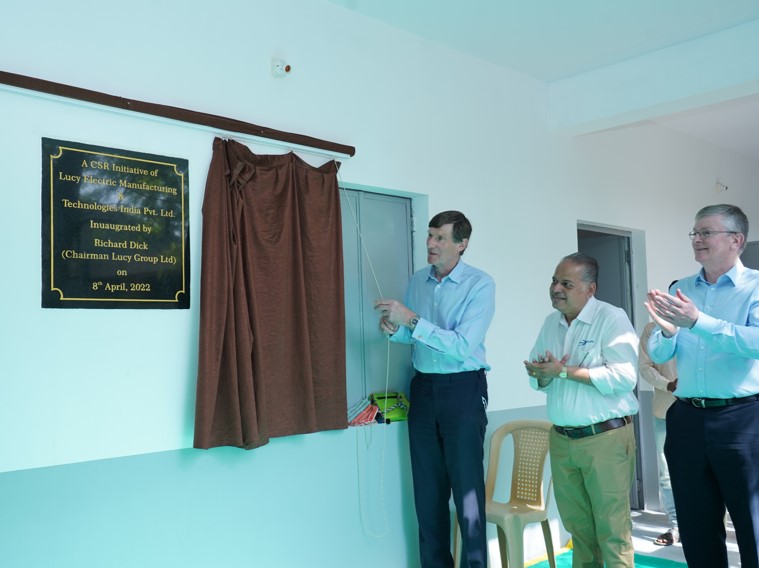 Lucy Electric Manufacturing Technologies (LEMT) India have completed an amazing project to rebuild and refurbish a primary school in Gopipura, a village local to our site in India. The school was originally built in 1960 with no renovations since 1965 resulting in facilities that were in a poor state of repair, impacting heavily on the education of the local children.

Thanks to the work of our India office the school now has four beautiful new classrooms and was inaugurated by Richard Dick, Chairman and John Griffiths, CEO in April. The school has thirty-five students ranging from the ages of three to nine years old. On the day of the inauguration, the Principal of the school described the situation before these classrooms were built.

The school was so small and run down that there was only capacity for five classes. Students would either leave the village to continue their education or those who couldn’t afford would have to drop out of school all together.

He was filled with emotion as he described how the new classrooms are going to change the lives of children in the village, allowing more students to attend, be educated and have hope for the future. 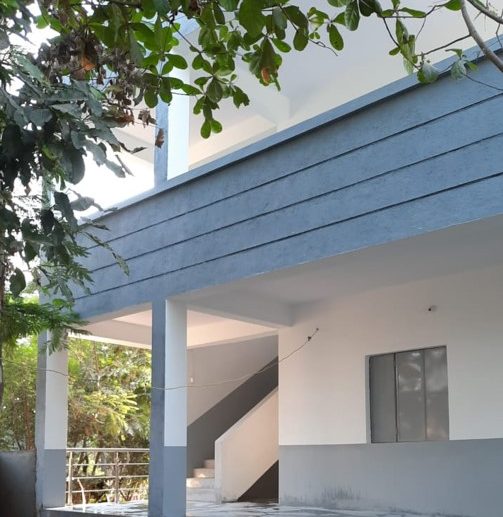 The inauguration ceremony itself was very special with a speech given by the head of the village (known as the Sarpanch) followed by a traditional folk dance by some of the students called ‘The Garb’.  Richard and John also spoke, sharing their thoughts on the importance of education and what a pleasure it is that as a company Lucy Electric can support its community in such an impactful way.  The LEMT team who attended then distributed school bags, books and compass boxes to the students who were delighted. Members of the local community also came to celebrate the day and see the renovations which will be making such a positive impact on their village.

LEMT will continue to support the school and the children’s education with new smart boards which will be installed shortly. In addition, LEMT has installed an overhead water tank, so the students have access to clean water. There are also plans in place to demolish the old structure and build a new playground.  Lucy Electric are proud to see such a fantastic project completed despite the precarious couple of years we have all had to navigate. This project will ensure that the children of Gopipura village will have access to an education for generations to come.